The Cost of Populism on Political Systems and Economies 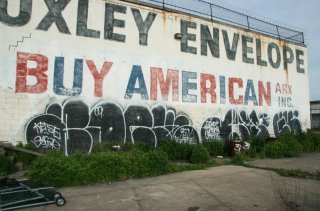 Donald Trump is gone, but his populism lives on. It’s not just that President Biden, like his predecessor, has signed a “Buy American” executive order for federal purchasing that’s meant to bolster domestic manufacturing. (Fun fact: Economists Gary Hufbauer and Euijin Jung estimate that federal and state “Buy American” requirements cost US taxpayers an additional $94 billion in 2017.) Nor is it just that Biden seems to be in no hurry to eliminate existing China tariffs. One could also point to an economic plan that shows scant current concern for its impact on national debt levels. There are also signs of an aggressive regulatory stance towards Wall Street and Silicon Valley. In an essay last December, The American Prospect’s Robert Kuttner urged Biden to govern as “progressive populist” and to reclaim “the economic populism that was once the essence of the Democratic Party and the allegiance of its voters.”

None of this — call it populism lite — would likely surprise the economists who authored the new VoxEU essay, “The cost of populism: Evidence from history.” The researchers assembled a cross-country database, identifying 50 populist presidents and prime ministers in the period 1900–2018. And one of their findings is that populism often isn’t a one-off event. From their analysis:

The key message from the figure is that populism at the government level appears to be serial in nature, as it is observable in the same countries again and again. We identify long and repeating spells of populist rule. Having been ruled by a populist in the past is a strong predictor of populist rule in recent years. Interestingly, half of the countries with recurring populist spells … saw switches from left-wing to right-wing populism or vice versa.

Now, most politicians strike populist themes from time to time. Recall Al Gore’s 2000 campaign theme, “The People vs. the Powerful.” But to qualify as a populist, according to Manuel Funke, Moritz Schularick, and Christoph Trebesch, the leader must place “the alleged struggle of the people (‘us’) against the elites (‘them’) at the centre of their political campaign and governing style (for example, based on this definition, Putin, Reagan or Obama cannot be classified as populists, but Bolsonaro, Berlusconi, or Trump clearly can).”

Based on that criteria, I don’t think Biden would make the cut — at least not yet — since his campaign, at least, was based on a theme of unity rather than conflict. That said, one might naturally expect some other future presidential candidate to run more explicitly as a populist, based on both Trump’s electoral success and the historical evidence gathered by the economists.

Which leads to the other big finding here:

When populists come to power, they can do lasting economic and political damage. Countries governed by populists witness a substantial decline in real GDP per capita, on average. Protectionist trade policies, unsustainable debt dynamics, and the erosion of democratic institutions stand out as commonalities of populists in power. … There are only nine cases in which the populists left office in a regular manner. The large majority of exits (32 cases) were irregular, meaning that populist leaders refused to leave office despite losing an election or reaching the term limit (eight cases), they died in office (three cases), they resigned (13 cases) or were forced to resign because of a coup, impeachment or a vote of no confidence (eight cases). … The erosion of democratic norms may explain both the persistence and the negative economic outcomes of populism

Currently, concerns about populism are focusing more on politics than economic policies. That might be even more the case if the next two years proceed as many forecasters are predicting. But the possible persistence of populist economic thinking could be a longer-term threat to American prosperity.

Image: "Buy American" by carnagenyc is licensed under CC BY-NC 2.0