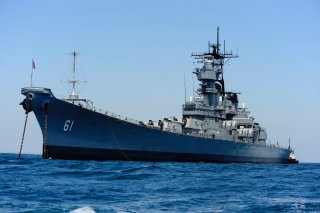 Here's What You Need To Remember: Built in the late 1980s, the Kirov-class battlecruisers were designed—like much of the Soviet navy at the time—to neutralize American carrier battle groups during warfare. American aircraft carriers were a threat to not only the Soviet mainland but also Moscow’s nuclear missile submarines, and were to be taken out as quickly as possible.

Recommended: Russia's Deadly Tu-160 Bomber vs America's B-1: Who Wins?