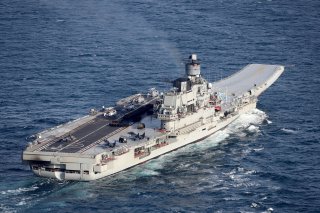 However, as you may have already guessed, it was that vast presence that also created the rigid airship’s massive weakness: it was susceptible to being shot down by even the simplest of enemy aircraft. England was the first nation to try to offset this weakness by building an apparatus that could carry and deploy three Sopwith Camel biplanes beneath the ship’s hull. They ultimately built four of these 23-class Vickers rigid airships, but all were decommissioned by the 1920s. The U. S. Navy’s Bureau of Aeronautics took notice of the concept, however, and set about construction on its own inflatable airships, with both the USS Akron (ZRS-4) and USS Macon (ZRS-5) serving as flying aircraft carriers.

The airships were built with an apparatus that could not only deploy F9C-2 Curtiss Sparrowhawk biplanes, they could also recover them once again mid-flight. The airships and aircraft fell under the Navy’s banner, and the intent was to use the attached bi-planes for both reconnaissance (ship spotting) and defense, but not necessarily for offensive operations.

The biplanes were stored in hangars on the airship that measured approximately 75′ long x 60′ wide x 16′ high — or big enough to service 5 biplanes internally.

After lackluster performance in a series of Naval exercises, the Akron would crash on April 4, 1933, killing all 76 people on board. Just weeks later, on April 21, its sister ship, the USS Macon, would take its first flight. Two years later, it too would crash, though only two of its 83 crew members would die.