Could China Be Preparing for a War? How to Catch Them in the Act 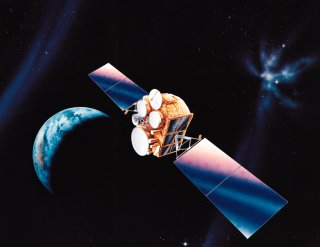 Here's What You Need to Remember: Satellites can help to detect targets, but in the event of war China is likely early on to target orbital sensors.

The U.S. Navy needs better surveillance and reconnaissance systems if it’s to have any chance of detecting a Chinese build-up in the Western Pacific in the weeks or days preceding a possible major war.

That’s the thrust of a report that seapower experts Seth Cropsey and Bryan McGrath wrote for the Hudson Institute in Washington, D.C.

“There is a current lack of appreciation for the critical role of intelligence, surveillance, reconnaissance and targeting (ISR/T) capabilities in naval combat success,” Cropsey and McGrath wrote. “This operational blind spot has concrete ramifications for the balance of power in the Western Pacific and the ability of the United States to force a political settlement without conflict.”

China, the experts noted, is expanding its influence across Asia while also continuing to threaten Taiwan. “China’s increasingly modernized armed forces, their continued expansion, new technology such as hypersonic missiles, the growing range of China’s anti-ship missiles, and Beijing’s increasingly robust anti-access/area denial network are just some of the challenges the U.S. faces in deterring conflict in the South China Sea, the East China Sea, and the Yellow Sea.”

If Beijing were to attempt to cement its gains through military force, it must first “neutralize U.S. and allied forces in the region,” Cropsey and McGrath wrote. “Second, it must prevent the United States from reinforcing its allies and forward-deployed assets in a longer conflict, thereby isolating the first island chain [from Japan to The Philippines] from the rest of the Asia-Pacific.”

The U.S. Navy has responded to the Chinese threat by growing its fleet and developing new anti-ship missiles with longer range. But new missiles such as the Long-Range Anti-Ship Missile and the Joint Air-to-Surface Standoff Missile-Extended Range, can fly farther than the Navy’s sensors reliably can see.

“Several factors indicate that fleet anti-surface warfare weapons are not adequately supported by the targeting environment,” the Hudson experts explained. “The first is the complexity of that environment. For a missile to impact an adversary surface ship, several things must happen: the ship must be located, it must be identified, it must be discerned against the background of other ships in the area and false targets, it must be designated for engagement, and it must be tracked to a degree of precision that is within the capability of the missile employed.”

“All things being equal, the more capable the missile, the less the need for the architecture to provide it with accurate targeting,” they added. “Finally, the targeting data supplied to the missile must be accurate.”

Satellites can help to detect targets, but in the event of war China is likely early on to target orbital sensors. Cropsey and McGrath recommended the Navy focus on fielding drones, instead.

“The Department of Defense should consider redeploying land-based unmanned aerial vehicles, specifically the MQ-9 Reaper remotely piloted vehicle, from the Middle East to the Pacific, modifying them for maritime ISR,” they wrote.

“The Navy should assess accelerating the current MQ-4C program of record,” the experts added. The Navy also “should consider acquiring a medium-altitude, long-endurance UAV that can be launched and recovered onboard surface combatants and deliver targeting data directly, which would efficiently and effectively negate a portion of the ISR/T coverage gaps.”

Additionally, the U.S. fleet should “modify the MQ-25 Stingray UAV to carry its own ISR/T data-gathering suite to provide the carrier air wing with organic ISR/T, and rely less on non-traditional ISR, currently being conducted by [manned fighters such as] F/A-18E/Fs and EA-18Gs.”

Meanwhile, the Pentagon should “encourage key allies and partners to increase their own maritime surveillance capabilities, including advocating for foreign military sales of the MQ-4C Triton and the MQ-9B SeaGuardian/Protector.”