Could China Beat the U.S. Navy? Japan Knows the Answer 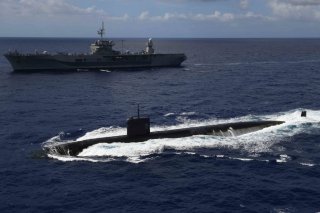 Here's What You Need To Remember: Clausewitz observes that a weaker combatant need not win an outright military triumph to win politically—the only kind of winning that matters. It can dishearten a muscle-bound adversary, or drive up the costs of victory so high that the adversary concludes it can’t win at an acceptable price.