Could China's Best Tanks Roll Up On the Shores of Taiwan? 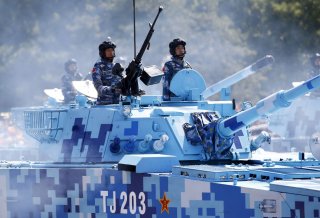 Here's What You Need to Know: Tank-carrying aircraft transiting from mainland China to Taiwan could of course travel much more quickly and much less visible than tank-transporting ships. This could even, quite possibly, be part of why the U.S. has been moving to sell Abrams tanks to Taiwan, a clear way to enable massive armored defense against a possible Chinese invasion.