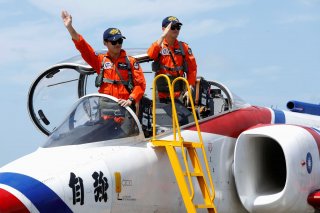 Key Point: Taiwan's air force relies on bases that could possibly be hit by a surprise attack. Could Taiwan find a way to counter this threat?