Could Egypt Go to War With Turkey Over Libya's Civil War? 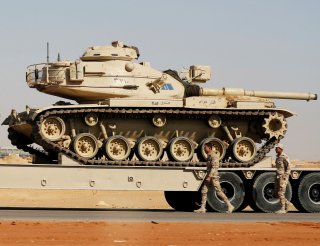 In response to movements from the Turkish-backed Government of National Accord (GNA), Egypt will likely launch a military intervention in eastern Libya, using tribal ties to gain public support for or the deployment to secure Egypt's western borders. While Egypt will seek to avoid engaging in direct combat with rival Turkish forces in the region, its presence on the ground will raise the risk of a wider confrontation that draws Cairo deeper into Libya's increasingly insoluble civil war.

Egypt would prefer to continue backing international negotiations to end the nearby Libyan conflict, though Khalifa Hifter and his Libyan National Army (LNA)'s demands — which both Cairo and the United Arab Emirates support — are making successful negotiations unlikely. Eastern Libyan officials have demanded that Libya's financial system and distribution of oil revenue become more transparent, and that the revenue be shared directly with Libya's three regions (Cyrenaica, Fezzan and Tripolitania).

The continued failure of negotiations will likely prompt the Turkish-backed GNA to launch an offensive on Sirte and Jufra in the coming weeks. Gaining control of these two cities would provide the GNA with a launching point for seizing strategic export terminals in the arc of coastal towns between Sirte and Benghazi known as the country's "oil crescent," as well as Libya's most productive oil basin, the Sirte basin.

Beyond ensuring Hifter and his LNA forces maintain control of vital oil infrastructure (and thus their political leverage), Egypt's primary concern in neighboring Libya is the GNA's growing Islamist component, as well as Turkish affinities for such groups and the GNA's recent eastward advancements, which it views as a major threat to its physical security.

Egypt will be willing to deploy uncharacteristic military force to protect its vast western desert from the encroachment of pro-GNA or GNA-backed militias from eastern Libya, as the GNA offensive in Libya, along with its Muslim Brotherhood and Islamist components, inch ever closer to its western borders.

If the LNA loses control of Sirte and Jufra, Egypt will thus likely launch a limited military intervention focused on maintaining stability along Libya's eastern half and ensuring the GNA cannot advance further eastward. Egypt's intervention would aim to bolster the LNA's defense of oil fields in central Libya and increase the defense of key cities along the eastern route to Benghazi, such as Ajdabiya. It would also likely include shoring up Hifter's air defense capabilities in Benghazi and the surrounding areas. Assets that Cairo could draw upon include special operation forces and conventional ground forces, as well as air power and air defense batteries.

Egypt will use real and exaggerated tribal and historical ties to eastern Libya to justify such an intervention, and will also work with local aligned tribes to preserve its economic links in the region. Some tribes in Egypt's western desert have closer social and economic ties with nearby eastern Libyan tribes than they do with other Egyptian tribes. Although the Egyptian government otherwise typically views these tribes as politically marginal communities, Cairo will play up their relations with eastern Libya in order to justify the need to meddle in Libya's civil war to both the Egyptian and Libyan publics.

Egypt's desire to avoid direct confrontation with Turkey will limit the extent of its military operations in Libya, but the risk of clashes between Turkish and Egyptian forces cannot be minimized. Direct Egyptian intervention will raise the cost of the GNA and Turkey continuing their offensive westward, as directly killing Egyptian forces is more likely to provoke a significant response from Cairo than killing Libyan or mercenary forces. Such confrontation could also escalate into broader instability and conflict in the eastern Mediterranean, where Ankara and Cairo are already in a significant dispute over maritime boundaries and resource rights.

By complicating negotiations between eastern and western Libya, an Egyptian intervention would ultimately risk further dimming any near-term prospects for a peace settlement that results in a strong centralized Libya. This could, in turn, leave Libya with a frozen conflict similar to that in Syria by establishing a de facto partitioning of the country, as both Turkey and Egypt dig deeper into supporting their respective sides,

Such a long-lasting Libyan conflict would increase regional instability and migrant and jihadist flows outside of Libya. This would likely compel the European Union to eventually take a more hands-on approach to manage the conflict and mediate directly between Egypt and Turkey. In doing so, the bloc may push to establish the German-proposed demilitarized zone between eastern and western Libya, though this would risk dividing the war-torn country into de facto autonomous regions.