Could The German Army Have Stopped An Allied Victory on D-Day? 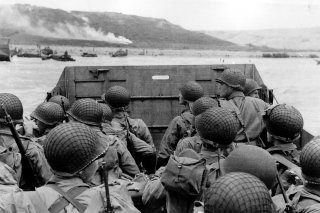