Could Hitler Have Won World War II If He Never Fought Soviet Russia? 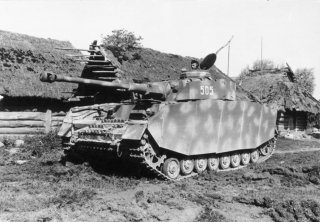 Key point:  The invasion was a strategic disaster and turned the fight into a two-front war. Hitler would estimate what it would take to defeat the Soviets.

Michael Peck is a contributing writer for the National Interest. He can be found on Twitter and Facebook. This first appeared in 2019 and is being reposted due to reader interest.