Could Japan Survive a War With China? 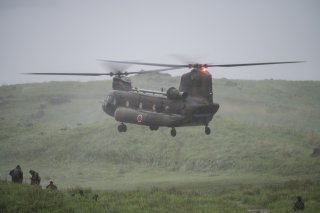 Here's What You Need to Remember: The presence of someone else’s military on this list may strike some as unusual, but let’s face it: the Treaty of Mutual Cooperation and Security Between Japan and the United States means Japan has the most powerful military in the world backing it up.