Could Nuclear Weapons Have Won the Korean War Once and For All? 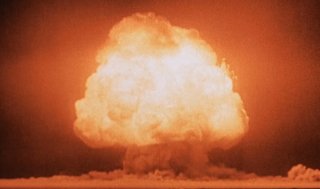 Here's What You Need to Remember: Nuclear escalation on the Korean Peninsula would have gone terribly for everyone involved. The United States would have caused dreadful pain to uncertain strategic advantage, potentially pushing the Communist powers to escalate.