Could Russia be a Cyber-Security Partner with the U.S.? 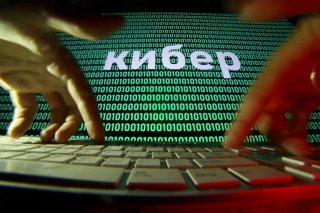 Here's What You Need to Know: It is true that some senior officials have described Russia as a “safe haven” for cybercriminals, but it seems that Moscow could be looking to address that issue.

Even as Russia remains a near-peer adversary and is hardly what one would consider an “ally” by any stretch of the imagination, there is the possibility of an alliance or at least a partnership when it comes to cybersecurity and combating ransomware. The White House may have missed an opportunity for closer ties earlier this month when a new Counter-Ransomware Initiative was announced by President Joe Biden that would bring together thirty countries to strengthen cooperation against ransomware and to tackle the misuse of cryptocurrencies. Russia did not make the list.

The United States hosted a virtual international meeting of the initiative that included European Union partners, members of the Quad, South Africa, Nigeria, Kenya, Republic of Korea, Singapore, United Arab Emirates, Ukraine, and others. However, Russia was not invited, causing some pundits to assert it was a missed opportunity.

It is true that some senior officials have described Russia as a “safe haven” for cybercriminals, but it seems that Moscow could be looking to address that issue.

This week, Russian Foreign Ministry Spokeswoman Maria Zakharova said at a news conference that Moscow believes that Russia and the United States could come closer together in cyberspace cooperation after a United Nations General Assembly First Committee passed its joint draft resolution. Zakharova referred to the draft Russian-U.S. resolution on the rules of behavior in cyberspace, TASS reported.

“No doubt, the decision to work with the U.S. on a common text of the resolution is an unusual political move for us, given the general context of bilateral relations,” Zakharova told reporters. “It can be stated that we are registering a steady rapprochement between Russia and the US in terms of the prospects for building further cooperation in the field of international information security.”

A “balanced and unbiased document” was produced on the basis of the original Russian text, the diplomat added, and she further noted that the joint draft resolution stated that communications technologies should be used for peaceful purposes, discourages their malicious use, and calls for the prevention of conflicts in the information space.

While the language of the joint cybersecurity initiative has been seen to be generic diplomatic boilerplate, David Ignatius of the Washington Post wrote in an opinion piece, “It commits the two countries to support two U.N. cyber efforts, one Russian-backed and the other American, that a year ago were on a collision course. The resolution has been co-sponsored by 55 countries and will likely pass overwhelmingly before year-end.”

The two potential adversaries have agreed to seek a common set of “rules of the road” that could help prevent malicious cyberattacks. The two nations may still have differing opinions about what those standards should actually be, but this at least could show a shared commitment to cybersecurity.

Most UN member states welcomed the flexibility displayed by the Russian Federation and the United States as a sign that Moscow and Washington can agree on some issues.

United Nations General Assembly First Committee on November 3 adopted without voting a draft Russian-U.S. resolution on the rules of behavior in cyberspace. The document will next be considered by the General Assembly in December.