Could Russian Submarines Be Tampering With Undersea Cables? 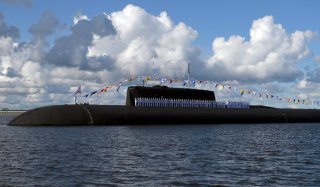 Here's What You Need to Remember: The U.S. has begun responding to the threat, with 2018 defense budget authorizing construction of a second cable-laying/repair ship costing $250 million to supplement the only one currently in U.S. military service, the USS Zeus. Sanctions imposed on Russia in June 2018 have targeted a Russian mini-submarine builder associated with cable-tampering operations.