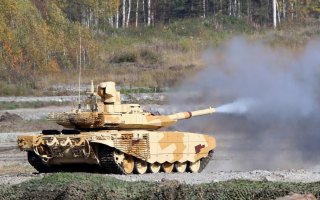 Key Point: The victorious tank would likely be that with the more skilled crew.