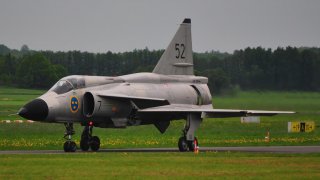 Here's What You Need To Remember: The J37 Viggen was a true cold warrior—and unmatched for years during the Cold War.