Could an Underwater Nuclear Ramjet Be the Ultimate Wonder Weapon? 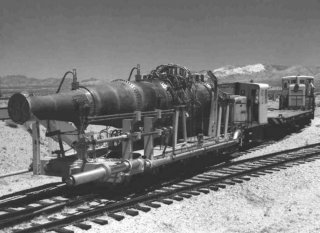 Here's What You Need to Remember: Cruising underwater by sucking in seawater, passing it through the reactor and expelling it for thrust, the SNR would make up to 100 knots submerged. Like boomers, though, the SNR would lurk quietly until summoned from the depths. Then the nuclear-powered “water-ramjet” would convert into a rocket as stored seawater heated to incandescence propelled the SNR out of the sea and into the sky.

Steve Weintz, a frequent contributor to many publications such as WarIsBoring, is a writer, filmmaker, artist, animator. This article is being republished due to reader interest.