Could The U.S. Navy Blockade China Into Submission? 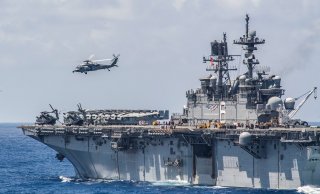 Here's What You Need To Remember: It is worth recognizing that even the most effective blockade would not completely interdict Chinese trade, because even under ideal conditions, China would still be able to acquire the vital goods and resources courtesy of the inescapable laws of supply and demand. The more effectively the United States established a regional embargo, the higher the profit margins on selling imports to China. Even if all of China’s neighbors agreed to embargo, the United States would still have to resign itself to rampant smuggling at the substate level.