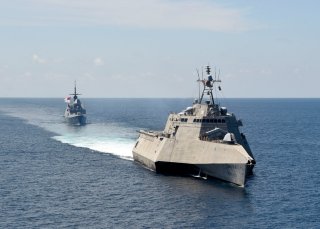 Here's What You Need to Remember: In order to hurt the Zumwalt, Wisconsin would need to close within visual striking distance. At such ranges, the nine 16”/50 guns of the battleship would quickly disable and destroy the stealth destroyer.