Could the X-59 Be the Next Concorde? 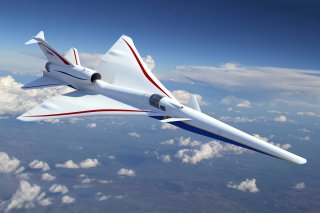 Here's What You Need To Remember: The biggest problem with supersonic travel is the noise. A "sonic boom" is really loud - loud enough to smash windows underneath it. This makes most commercial flights difficult. The X-59's "sonic thump" technology goes a long way towards rectifying this problem.

In order to achieve this goal, NASA and Lockheed Martin built a pretty strange-looking plane. Its cruising speed will be around Mach 1.4, and is estimated to produce a mere 75 decibels or sound, roughly comparable to a home vacuum cleaner.https://commons.wikimedia.org/wiki/File:Low-Boom_Flight_Demonstrator.jpg