Countering Russia In the Arctic May Require More Icebreakers 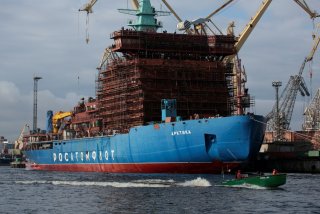 Here's What You Need To Remember: The Russian government has delegated control over this sea route to Rosatom, the state corporation which is overseeing the development and operation of the new and current nuclear-powered icebreakers. As such, Rosatom will grant foreign ships the right to traverse this route. However, the Northern Sea Route isn’t the only part of Russian Arctic policy. Russian outlets have framed the “growing militarization of the Arctic” as an important issue, and the Russian military is definitely doing their part on that front, reopening many Arctic bases.