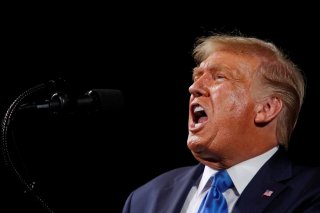 A panel ruling last week from the World Trade Organization that U.S. tariffs imposed on Chinese products beginning in 2018 violate WTO rules is both unsurprising and—I’m sorry to say—unimportant. By acting as judge, jury, and executioner, the Trump administration clearly breached the most basic rules of the trading system. The essence of the covenant among WTO members is to deter what is rightly described as vigilantism, where a member decides for itself that it is aggrieved by another member’s practices and unilaterally metes out rough justice in the form of trade restrictions. It affirms the rule of law over the law of the jungle.

Under WTO rules, a member that believes it is aggrieved by another member’s practices must file a formal complaint and—absent resolution following formal consultations—present its claims to a dispute panel, which hears from both sides and renders findings with respect to those claims. Ultimately, if a member found to be in violation of an agreement fails to come into conformity, then retaliation (the “withdrawal of concessions,” in diplomatese) can be authorized by the WTO. Accordingly, regardless of whether you or I or U.S. Trade Representative Robert Lighthizer believes the Chinese practices that gave rise to the U.S. tariffs are predatory, unfair, or violative of China’s own WTO obligations, in the context of agreed international trade rules, the United States was wrong to act as it did. That’s clear. End of story.

But, that outcome is of limited practical utility. The Trump administration is not about to comply with an adverse ruling from an international body it regards with deep skepticism, especially when the finding is considered a victory for China. Moreover, the United States isn’t technically out of compliance until after it has exhausted its appeals. Alas, thanks to the determined refusal of the United States to endorse any new candidates to serve on the WTO Appellate Body (there’s supposed to be a bench of seven jurists, with three assigned to each case) before sitting jurists’ terms expired, the appeals process is now defunct.

So now what? Well, the best place to deal with the China tariffs is at home—in the United States. This is first and foremost, a matter of domestic concern. U.S. consumers and businesses who suffer the costs of the tariffs, as well as anyone rightfully concerned about executive abuse of power or Congress’s capitulation of its constitutional authorities, should be using the U.S. courts to call out the administration’s violations of the Trade Act of 1974 and, better still, to argue that pertinent sections of the Trade Act amount to an unconstitutional delegation of legislative authority to the executive branch.

Well, there have been no constitutional challenges of the president’s tariffing authorities under Section 301 of the Trade Act (as there was with respect to Section 232 of the Trade Expansion Act of 1962—the law President Trump invoked to impose sweeping steel and aluminum tariffs), but on September 10, the first legal challenge of the China tariffs was brought to the U.S. Court of International Trade. Although the plaintiffs summarize their claims in language that reads like a Constitutional challenge (“This action concerns Defendants’ prosecution of an unprecedented, unbounded, and unlimited trade war impacting over $500 billion in imports from the People’s Republic of China…”; my emphasis), the complaint is statutory and focuses on the administration’s unlawful escalation of that trade war through its imposition of a third round of tariffs on products covered under what is known as “List 3.”

The complaint does not allege that the administration acted unlawfully when it invoked Section 301 of the Trade Act to impose the original 25 percent tariffs on $50 billion of imports from China (products on List 1 and List 2), so the president’s general authority to impose tariffs under this law is not in question here. Rather, plaintiffs are challenging the administration’s subsequent application of 25 percent duties on an additional $200 billion of Chinese imports, which President Trump announced in response to China’s decision to retaliate for tariffs on the initial $50 billion. The plaintiffs assert that the president’s expansion of the tariffs to cover another $200 billion of imports was illegal because the tariffs were imposed after the one-year statutory deadline for remedies expired. Moreover, plaintiffs argue that even though Section 307 of the Act permits modification of the tariffs if USTR deems them “no longer appropriate,” that permission allows the government only “to delay, taper, or terminate—not ratchet up—the actions it has already taken,” according to the complaint.

Now, back to the legal challenge. In the words of the plaintiffs, here is the crux of the argument:

The Trade Act of 1974 (“Trade Act”) did not confer authority on Defendants to litigate a vast trade war for however long, and by whatever means, they choose. The Office of the United States Trade Representative (“USTR”) conducted an investigation into China’s unfair intellectual property policies and practices pursuant to Section 301 of the Trade Act (19 U.S.C. § 2411). Section 304 of the Trade Act (19 U.S.C. § 2414) required USTR to determine what action to take, if any, within 12 months after initiation of that investigation. But USTR failed to issue List 3 (or subsequent List 4) within that window. USTR may not fall back on its “modification” authority under Section 307 of the Trade Act (19 U.S.C. § 2417) to salvage List 3. Section 307 of the Trade Act does not permit USTR to expand the imposition of tariffs to other imports from China for reasons untethered to the unfair intellectual property policies and practices it originally investigated under Section 301 of the Trade Act. Yet that is exactly what Defendants did here when they promulgated the List 3 duties in response to China’s retaliatory duties and other unrelated issues. And even if USTR deems the existing tariffs “no longer appropriate,” as it also did here, the Trade Act permits USTR only to delay, taper, or terminate—not ratchet up—the actions it has already taken.

If the plaintiffs prevail on their statutory claim, presumably the court will order the government to remove the tariffs on those $200 billion of imports and refund, with interest, the duties collected since 2018—duties paid by U.S. importers, by the way, not “The Chinese.” As of yesterday, law firms representing more than 3,300 U.S. importers have filed the necessary paperwork to qualify for those refunds or to use the same winning argument to get the tariffs removed on the $110 billion of List 4a products. However, unless a new complaint demonstrating that the administration’s original announcement of tariffs on $50 billion of imports was the consequence of a statutory violation, those tariffs won’t be ordered removed by the court.

The bottom line is that the U.S. courts can get results where the WTO cannot, but it is highly unlikely—given the absence of any broader statutory challenges to the Trade Act of 1974—that all the China tariffs will be removed by judicial order. It’s difficult to tell how likely the current, sole, partial challenge is to succeed. An informal survey of the trade bar puts the probability of success at about 50 percent.

There may be grounds for a constitutional challenge, as the law seems to delegate legislative authorities to the executive branch without proper restraints or adequate guidance regarding how those authorities can be used. Constitutional challenges are certainly a heavier lift and earlier this year the Supreme Court declined to hear an appeal in a case challenging the constitutionality of Section 232 of the Trade Act of 1962 (the law Trump invoked to impose his steel and aluminum tariffs). Maybe the next Congress will rise to the challenge of revisiting and reforming some of the laws through which it has ceded too much of its Section 8 authority to the Executive. But there are three other possible paths to lifting all the China tariffs.

First, President Trump, reelected or not, could declare the Phase 1 deal with China to be a success or not, and simply revoke the tariffs. That seems unlikely, but who knows what Trump’s motivations may be as a lame duck?

Second, a President Biden could lift the tariffs any time after taking the oath of office. But it would require some artful finessing for Biden to revoke the tariffs so soon after campaigning as the candidate who is tougher on China. Of course, he could (and should) revoke those tariffs because they’re burdens on U.S. consumers and businesses and there are better strategies and tactics for dealing with the challenges China presents. But let’s not pretend that Biden won’t perceive certain strategic and domestic political advantages in maintaining some, if not all, of those tariffs.