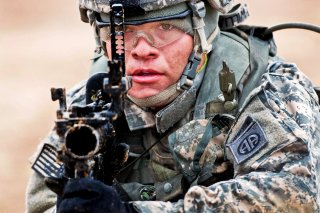 Here's What You Need to Remember: Given how far grenade launchers have come — from a medieval-type crossbow to a single shot 40mm bloop tube to a cornucopia of multishot hand cannons and underbarrel ’nade launchers —  it’s hard to know exactly where they’ll end up.