COVID-19 Amplifies the Threat from ISIS and Its "Family Networks" 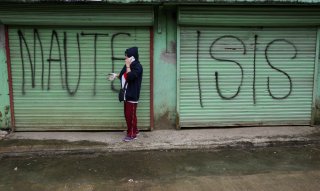 Following its territorial losses in Iraq and Syria and in the aftermath of the Covid-19 pandemic, which has led to tighter territorial, border and air controls, the Islamic State may seek to use unconventional methods for its radicalisation and recruitment drives. Two such methods are stepping up its online presence and propaganda and exploiting family ties to expand its networks.

In a 24 August 2020 meeting of the UN Security Council on pressing global security issues, counterterrorism experts reiterated the importance of repatriating terrorist families to prevent IS spreading its influence across countries and regions. The meeting also noted a spike in IS’s online activities targeting people confined to their homes amid Covid-19 lockdowns. For example, the June 2020 ‘lockdown’ edition of The Voice of Hind, an English-language online magazine published by IS supporters in India, even encouraged IS supporters to use children to spread coronavirus among disbelievers.

Family terror networks have been a prominent feature in IS’s global operations. Those networks present major global security threats largely because of legal, social and privacy concerns that make it challenging to monitor the activities of family units. Several high-profile terrorist attacks under the banner of IS in recent times have involved people related by marriage and by blood. In one such instance, on 24 August 2020, the ‘widows’ of two prominent IS militants carried out twin suicide bombings in Jolo in the Philippines, killing 15 people.

In 2018, Australia suffered a terrorist attack that was a consequence of the radicalisation of two Bangladeshi sisters by IS. On 9 February, while studying in Melbourne, Momena Shoma stabbed her homestay host in her quest to ‘become a martyr’. Shoma was initially radicalised online when she started following hardline preachers like Anwar al-Awlaki and watching IS videos. Two days after the attack, when security agencies raided Shoma’s house in Bangladesh in further investigations, her sister, Asmal Husna, attacked the security officials in another IS-inspired attack.

The sisters’ case also suggests that IS is increasingly looking to attract and recruit female operatives in ‘active’ roles, especially in South Asia. By attracting women into its fold, the group seeks to promote itself as a global enterprise for both men and women, unlike other terrorist groups such as al-Qaeda, which, even though they have some female operatives, mainly recruit men. By 2019, 16% of foreign terrorist fighters in IS were women.

The underlying factors leading to the involvement of members of the same family or the whole family unit in radicalisation and terrorist attacks warrant attention from security strategists and policymakers. With Covid-19 lockdowns in place in many countries and IS increasing its online presence, the probability of traditional conservative families, confined to their homes, being targeted for radicalisation becomes higher. In such families, male members (fathers, husbands and brothers) are treated with respect, making it easier for them to persuade both younger and female members to join violent political or religious groups.

Although technological advances have enabled the monitoring of terrorists in online networks, monitoring and countering physical family networks present significant policy challenges. There are also gaps in security infrastructure, especially in the global south, for understanding and dealing with the role of kinship and family ties in terrorist recruitment and radicalisation. As is evidenced by the well-coordinated 2019 Easter attacks in Sri Lanka involving members of an affluent family, even though IS’s operational capacity has taken a major hit in the Middle East, the threat of family terror networks there and elsewhere shouldn’t be underestimated.

It’s still too early to gauge the real impact of IS’s exploitation of ‘family’ terrorism using comprehensive online recruitment strategies in the aftermath of the Covid-19 pandemic. However, it is timely to start a discussion on the importance, and vulnerability, of kin and family networks in contemporary radicalisation and terrorist recruitment. To prevent and counter this threat, a good starting point could be a focus on the family unit as an essential determinant of radicalisation and recruitment. For experts in preventing and countering violent extremism and for policymakers, traditional family structures can be vital tools in deradicalisation. This is because disapproving relatives, respected within the family, can help dissuade family members from joining radical and violent groups.

This article was first published by the Australian Strategic Policy Institute