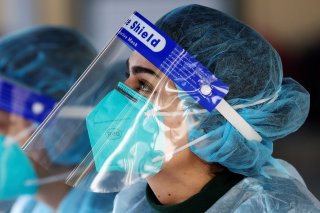 People living with schizophrenia are uniquely vulnerable to COVID-19 and completely missing from Canada’s National Advisory Committee on Immunization’s recommendations for vaccine distribution, which prioritizes seniors, front-line health-care workers, and Indigenous communities in the first stage.

Those with schizophrenia are almost three times more likely to die from COVID-19 than those without the serious mental illness, making it second only to age as a risk factor for mortality, according to a study in JAMA Psychiatry.

The study included more than 7,000 adults with confirmed COVID-19 in a large New York health system. It found that a pre-existing diagnosis of schizophrenia was significantly associated with an increased risk of death, even after adjusting for other demographic and medical risk factors.

In fact, schizophrenia was found to be a distinct, and more deadly COVID-19 risk factor than heart, lung, and kidney disease — even while it is well-established that those with schizophrenia often also have multiple co-morbid conditions, such as COPD or diabetes, that put them at further risk, say advocates.

The study authors suggest that the mechanism for their findings is not fully understood. But they suspect schizophrenia and its treatment trigger immune system changes that increase COVID-19 susceptibility beyond levels created by medication side-effects and barriers to accessing medical care and social supports, such as stigma and poverty.

The results of the study trouble psychiatrist Dr. Saadia Sediqzadah, who worries that the more than 300,000 Canadians living with schizophrenia already experience significant health disparities.

Sediqzadah works at St. Michael’s Hospital in Toronto, and with Inner City Health Associates to provide care in homeless shelters, and witnesses how people with schizophrenia are at greater risk, medically and due to social inequities and stigma.

She says the side-effects of anti-psychotic medications often include things like weight gain and increased risk of diabetes. “As important as they may be to treat delusions and hallucinations — they also unfortunately put people at risk for the very diseases that put someone at risk of having severe COVID,” says Sediqzadah.

She also notes that for a variety of reasons, an overwhelming number of people with schizophrenia also smoke, putting them at higher risk of respiratory illness.

Sediqzadah says that from a “more upstream perspective we also know that people with schizophrenia are over-represented in populations where social distancing is just basically impossible.”

Psychotic illnesses are common in the prison population and in people experiencing homelessness, where infection prevention and control are difficult to maintain.

And even those with housing frequently live in rooming houses or other forms of supportive living.

Unstable or congregate living translates into a higher incidence of COVID-19 infection for this population.

Sediqzadah also worries that increased COVID-19 mortality for people with schizophrenia could be related to poor access to care.

“They don’t get the best access to health care first and foremost. And secondly, when they present to the emergency department, there’s always a concern on my end about diagnostic overshadowing in the sense that when the average person who may not have a psychotic illness presents with a health concern, their health concern is taken a lot more seriously than someone with a psychotic illness,” says Sediqzadah.

Not only is there a health-care bias against people with schizophrenia presenting with health concerns — which affects outcomes for serious medical conditions — Sediqzadah notes a symptom of schizophrenia itself can also be a barrier.

“They’re doubly hit because they also have challenges with insight to go and seek care for health conditions,” she says.

She explains that changes to a person’s insight as a result of their psychotic illness “compromises their access to treatment for schizophrenia in and of itself, because they don’t think it’s necessarily a problem and then that also extends to accessing health care generally” — even for cancers or other significant illnesses.

Chris Summerville, the chief executive officer of the Schizophrenia Society of Canada, also highlights barriers to care. He finds that many people with schizophrenia struggle to find a primary care provider, which limits their access to information about prevention and treatment of COVID-19.

“Family members are calling us and our calls have increased about 50 percent. And family members are looking for a primary health-care provider, and asking ‘do you know how do I convince my son to go get the COVID-19 shot?’” says Summerville.

But he has not seen any action yet on prioritizing this population.

Sediqzadah says she also hopes that people with schizophrenia will be made a priority sooner rather than later. She thinks that it will be challenging logistically to track and identify those with serious mental illness, but she thinks this population could be reached indirectly:

“Doing outreach to shelters, outreach on the streets … and bringing the vaccine out to people who are incarcerated. By virtue of doing that, you will vaccinate a lot of people with severe mental illnesses.”

Kaleigh Alkenbrack is a Physician and the Dalla Lana Fellow in Global Journalism at the University of Toronto.