Is the Crazy Dangerous FK BRNO 7.5 Field Pistol Worth the $7,500 Pricetag? 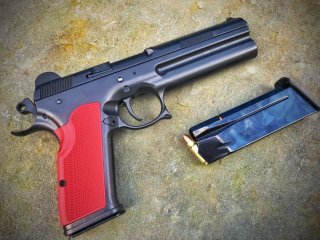 Here's What You Need to Remember: The “Field Pistol” is not a pistol for most people, but it’s not meant to be. While not a mantlepiece, the practical use it’s designed for is incredibly niche.