Criminal Convicts Face Many Restrictions Even After Leaving Prison 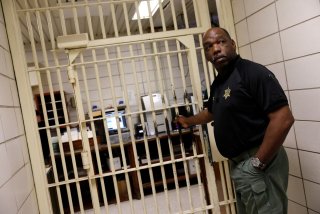 At least 77 million U.S. adults have criminal records, including nearly 7 million currently in prison or jail or on probation or parole.

Typically, more than 10,000 of the incarcerated leave prison and nearly 200,000 churn through jails every week. But because more than 64,000 inmates and workers have become infected with the coronavirus so far, killing hundreds, some incarcerated people are being released ahead of schedule from COVID-19 hotspots.

Kentucky, for example, has reduced its jail population by 32% since March, and the state’s prison population has decreased by 7%.

Like most formerly incarcerated people, those newly released from prison and jail are no doubt having a hard time reconnecting with loved ones and securing health care, housing and jobs. That is the case even without a pandemic accompanied by an economic crisis.

One thing I’ve learned while researching criminal justice reform and teaching college classes in prisons is that the reason the transition to life outside the corrections system is so hard is that there are more than 44,000 indirect consequences of a criminal conviction.

These restrictions, which the Council of State Governments tracks in great detail, can include everything like making it impossible to get a license to work as a barber, manicurist, plumber, driver, interior designer or midwife, to restricting where the formerly incarcerated can live, study and volunteer.

These rules and regulations, which researchers like me call “collateral consequences,” tend to be broad, vague and subjective. Punishments associated with a conviction can be mandatory or discretionary. The ramifications can be temporary or permanent.

There are also more than 1,000 federal-level statutes with similar consequences for federal or state crimes.

Because lawyers, courts and other authorities don’t have to inform defendants about these restrictions, they take many of the convicted by surprise.

This heap of state and federal restrictions affects entire families and communities. These burdens continue long after time served, and like incarceration itself, they disproportionately affect people of color and those with low incomes.

These barriers can limit jury duty service, the right to hold public office, the ability to get driver’s licenses or passports and the freedom to serve in the military. Veterans may lose their pensions, insurance and health care.

The number per state ranges widely, from 319 in Vermont to 2,388 in Louisiana.

Nationwide, a hodgepodge of policies prevent millions with felony convictions from voting. An estimated 6 million Americans lacked the right to vote in the 2016 election because of those restrictions.

At least 19,000 of these penalties affect employment and volunteering.

More than 13,000 relate to occupational licensing and certification.

That’s important because 1 in 4 U.S. workers need mandatory occupational licenses to drive trucks, fix wiring and do other commonplace jobs.

Some state and federal laws do limit the use of arrest and conviction records in making hiring decisions. Yet these discriminatory practices remain widespread.

What about if the previously convicted try to go back to school to fare better in the job market? There are obstacles in that path as well.

Certain convictions may result in partial or full denial of college admission and financial aid during incarceration and afterward.

In the mid-1990s, Congress and President Bill Clinton endorsed a move by states to stop providing Supplemental Nutrition Assistance Program benefits to anyone with drug-related felony convictions.

The SNAP restrictions in place today vary and number over 100 nationwide, including seven imposed by the federal government.

Many states have eased these restrictions in recent years. But Pennsylvania Gov. Tom Wolf recently signed a bill banning those with felony drug convictions and some convicted as sex offenders from receiving public benefits for 10 years.

At least 1,000 of these restrictions relate to housing.

Many private landlords and public housing authorities discriminate against the formerly incarcerated, often citing perceived safety risks as a concern.

In some cities, the police can order landlords to evict tenants, simply because they suspect criminal behavior. In Cuyahoga County, Ohio, 80% of Section 8 rental properties can ban applicants with felony convictions.

In Pennsylvania, Georgia, South Carolina, North Carolina, Maine and California, housing authorities view being arrested within the past five years as criminal activity and the basis for barring access – even if the resident has never been convicted of a crime.

I see some reasons to expect the number of these collateral consequences to decline, beginning with housing policies.

Local efforts to pass laws protecting those with criminal records from housing discrimination are advancing in at least 11 cities. A related bill is pending in Congress, and the Department of Housing and Urban Development has informed landlords that rejecting renters or buyers based on past arrests or convictions may violate the Fair Housing Act.

And a recent pilot program in New York and three other cities supports allowing those with felony convictions to reunite with their families in public housing.

Change could be on the way more broadly as well.

By a 6-1 majority, the U.S. Commission on Civil Rights, a bipartisan panel reporting to Congress, endorsed a report in 2019 that questioned the usefulness of these restrictions. The report calls for an end to all “punitive mandatory consequences that do not serve public safety, bear no rational relationship to the offense committed, and impede people convicted of crimes from safely reentering and becoming contributing members of society.”