Cuba Once Hosted Soviet Spy Planes (To Use Against America) 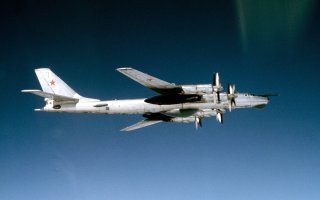