With Cyber-Networking Comes the Need for Cyber-Defense—Here's What the U.S. Military Is Doing About It 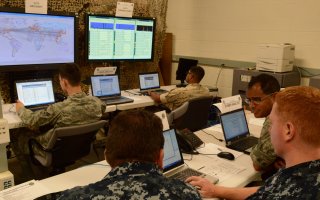 Here's What You Need To Remember: “We have to be able to defend our network and defend operations in cyber. Cyber is a critical part of every single program we bring together. This allows us to compete at a threshold below armed conflict.”

There are, however, substantial new risks attending these added advantages, given the growing extent to which weapons systems are interwoven by computer networks. Greater interoperability, range, and intelligence-sharing capability also increasingly introduce a need to safeguard or “harden” these networks.

However, cloud operations can also quickly implement new security measures such as fixes, patches, or hardening technologies across a wide sphere of locations, and therefore quickly improve security more broadly across the network. A cloud-enabled security upgrade could simultaneously improve multiple nodes in need of cyber protection. Yet another security-enhancing technique, as described by Army Acquisition Executive Dr. Bruce Jette, is to both enable access while also maintaining an ability to segment or “scale” available data depending upon need.