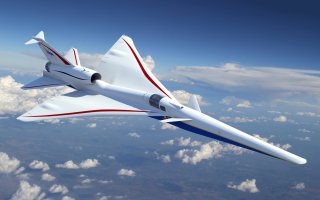 Here's What You Need to Know: The CRANE project is in the very early stages of research.