Death from Above: The B-2 Stealth Bomber Is the Best on Earth 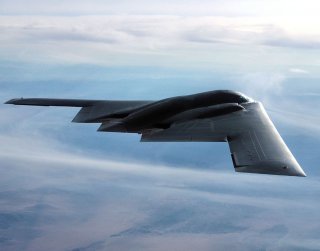 Here's What You Need to Know: The current B-2 fleet will likely fly for another twenty years or more. All of this adds up to the Air Force flying bat-winged, stealthy bombers for another forty or even fifty years, a testament to the original flying wing stealth design that dates all the way back to World War II.