Death From Above: How China Is Reinventing the Anti-Tank Missile 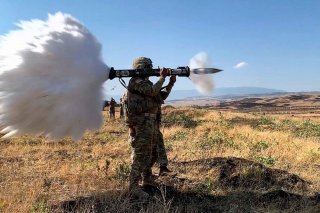 Here's What We Need to Remember: The Javelin’s on-the-move targeting ability is also of great relevance as it seems to rival, if not outmatch the Chinese claim that its new vehicle-mounted weapon can attack while off-road. The Javelin can dismount and operate as a shoulder-fired weapon used by small groups of soldiers on the move or also mount and fire from tactical vehicles as well, such as those that go off road.