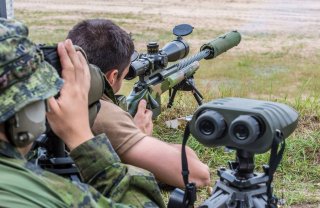 Here's What You Need To Remember: Advancements in optics, bullet, and manufacturing technology have allowed sniper rifles to reach out to further than ever before, so fielding a modern sniper rifle is important for many militaries.