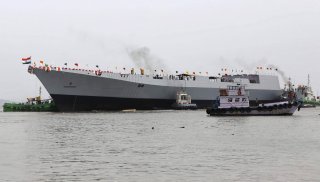 The death of Indian General Bipin Rawat in a helicopter crash last month may have far-reaching consequences for the Indian military and its defence partnerships with the United States, Japan and Australia under the Quad.

Rawat was India’s first chief of defence staff, a position established to oversee reforms to the military and the civilian–military bureaucracy. He took up the role in January 2020 after serving as India’s top army officer during a period marked by targeted and punitive Indian military action against Pakistan and China.

However, his most important role as chief of defence staff was to drive the largest restructuring ever undertaken of the Indian military, unpacking its overcomplicated command structure and promoting coordination between its three services.

The Indian military’s push to modernise and to make its three services truly interoperable has strong implications for the Indo-Pacific. At present, the Indian military operates under an orthodox doctrine with a focus on capturing territory or using large army formations to impose punitive costs on an enemy. The doctrine has served India well during wartime, including in the ongoing border crisis with China, in which India gained an advantage by capturing sensitive mountainous areas that it used as leverage during negotiations.

But the doctrine has encouraged development of a military structure that prioritises India’s continental border, with most of the defence budget spent on maintaining a large physical and deterrent presence along the disputed borders with Pakistan and China. This has come at the cost of investing in India’s presence in the Indian Ocean—the navy remains the most underfunded service.

Much-needed structural reforms to deal with modern and non-traditional threats like cyber and grey-zone challenges have also been delayed.

The Indian military currently functions with a complex command structure. Seventeen service-specific commands are divided into overlapping geographical areas, and sometimes the services’ commands overlap. The only tri-service command is located in the Andaman and Nicobar Islands, overlooking an important maritime choke point at the mouth of the Malacca Strait.

This complicated command structure means the Indian military lags behind defence partners, such as the US military and India’s direct competitor, the Chinese military, when it comes to ensuring that all military services operate under joint theatre commands covering a geographic or thematic area.

The post of chief of defence staff was created to address this problem by overseeing the creation of joint theatre commands integrating all three military services.

As the first appointee to the post, Rawat was at a unique position. He enjoyed the confidence of the political leadership, he had strong military experience in dealing with threats at the border and insurgency, and he was singularly focused on fast-tracking reforms.

A few months before his death, Rawat publicly shared details of the shape of the proposed joint theatre commands for the first time. India would create four theatre commands, one responsible for the border with Pakistan, another covering the now active border with China, a maritime command responsible for the Indian Ocean region, and the existing command in the Andamans looking at the eastern Indian Ocean. Two potential commands for the air force and cyber warfare were also in the works.

Besides promoting interoperability and integrating India’s command structure to effectively deal with dual border threats from China and Pakistan, the establishment of a dedicated maritime command would significantly improve the navy’s power projection in the Indian Ocean region and its maritime partnership with the Quad.

India would, for the first time, elevate the importance of the maritime theatre to match its traditional focus on land borders.

India’s unique position in the Indian Ocean region—overlooking crucial maritime trade routes and strategic choke points—gives it a traditional geographical advantage. But to counter China’s increasing presence, India needs to invest in increasing its ability to project maritime power. A maritime theatre command could act as a force multiplier, with the three services combining assets to effectively manage China’s rising footprint in the Indian Ocean while simultaneously boosting their capabilities in surveillance and disaster management.

This would reinforce India’s position as the resident Indian Ocean power in the Quad and bolster options for maritime cooperation. The added investment in the Andaman and Nicobar Command would help promote surveillance cooperation among Quad partners at the mouth of the strategic Malacca Strait. Knowledge sharing on joint operations concepts within the Quad or bilaterally between India and Australia could also be an avenue for stronger defence cooperation.

The Indian system is resilient. India has already begun searching for its next defence chief, but the decision is likely to be delayed. The nature of the post means that defence reforms will go through regardless of who succeeds Rawat. But the successor and political leadership should ensure that the urgency and pace of reforms under Rawat are maintained and that the elevation of the maritime theatre isn’t delayed. Further delays would have grave implications for the balance of power in the Indian Ocean region.