Deathmatch: How the Indian and Pakistani Armies Compare 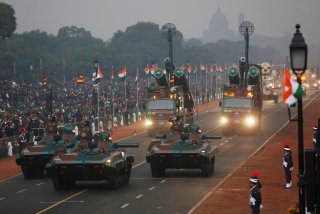 Here's What You Need To Remember: If the two countries went to war, a major clash between the two armies would be inevitable. Outnumbered and under-equipped, the Pakistani army believes it is in a position to launch small local offensives from the outset, before the Indian army can reach its jumping-off points, to occupy favorable terrain. Still, the disparity in forces means the Pakistanis cannot hope to launch a major, war-winning offensive and terminate a ground war on their own terms. As a result, the Pakistani army is increasingly relying on tactical nuclear weapons to aid their conventional forces.

This first appeared in 2017 and is being republished due to reader interest.