Deathmatch: Submarines Have Only Fought Underwater Once 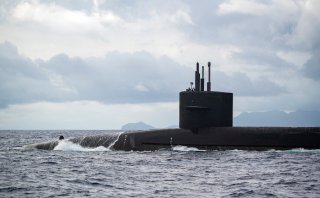 Here's What You Need to Remember: After spending fifteen years evaluating the risks of raising the wreck and its dangerous, unexploded torpedoes, in February 2017 the Norwegian government finally “entombed” the broken submarine with a half-meter of sand and 160,000 tons of rocks to prevent further contamination, thus forming a cairn for the German submarine that had met its terrible fate under unique circumstances.

Sébastien Roblin holds a Master’s Degree in Conflict Resolution from Georgetown University and served as a university instructor for the Peace Corps in China. He has also worked in education, editing, and refugee resettlement in France and the United States. He currently writes on security and military history for War Is Boring. This article first appeared in 2017 and is being republished due to reader interest.