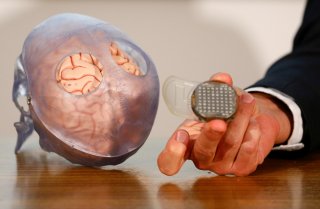 Enter any of the following words into your browser’s search bar: progressive, liberal, conservative, evangelical, right wing, gay, straight, Muslim, Republican or Democrat. Do you notice that other terms that the algorithms think are related appear automatically?

Where you have paused — maybe to think more or to press the Enter key — autocomplete has stepped in to finish what you started.

Similarly, when we think of those political terms, the brain kicks in too. And, like autocomplete, it completes our thoughts — and not always for the better. The hostilities in our civic discourse are often exacerbated by this feature of our cognition. We live in an era of extreme political and social polarization: this autocomplete instinct undermines the possibility of effective deliberative democracy.

Recent scholarship on human cognition demonstrates that we have evolved to be both biased and lazy reasoners. According to cognitive scientists Hugo Mercier and Dan Sperber, we become “[b]iased because human reason overwhelmingly finds justifications and arguments that support the reasoner’s point of view, lazy because reason makes little effort to assess the quality of the justifications and arguments it produces.” We have evolved shortcuts that allow us to assess situations quickly and act accordingly.

These shortcuts allow for efficiencies that make life workable. When applied to our social and civic lives, this often contributes to polarization. As cognitive scientists Steven Sloman and Philip Fernbach argue in The Knowlege Illusion, “[i]nstead of appreciating complexity, people tend to affiliate with one or another social dogma.”

I grew up having lively political debates with my parents around our dinner table. Since then, I’ve been ready, willing and able to jump into the fray of civic discourse in almost any context with very little prompting. Recently, however, I have become anxious and often just keep my mouth shut.

I am an active, practising Christian who has spoken and written about the relationship between faith and civic life. I used to quite freely identify myself as a Christian and acknowledge that my scholarship and civic participation are shaped by my faith.

Given the highly controversial and often toxic participation of the so-called Christian right in civic life in both Canada and the United States, I am now often reluctant to show my colours this way. I worry that people’s natural tendency to efficient — or lazy — reasoning will cause them to default to mental autocomplete to categorize me and my views rather than engaging in the more difficult and complex work of really listening and seeking to understand.

Search engines learn from previous input to make current and future online work more efficient. When I want to order a book online, register for a conference or fill out a form to apply for some kind of service, as I start to type my name in the first box the browser’s memory calls up the rest of my information – last name, address, phone number, email, etc. — and completes the form for me. Like my brain, it looks for ways to help me move quickly and easily through the process.

The problem is that I have two online identities: a personal identity and a professional one, each with different addresses, phone numbers and email addresses. My browser can’t distinguish which of these is appropriate for the task at hand and often defaults to the wrong one.

I see a similar thing happening in civic discourse when a person expresses a view that is identified with an easy political label. When I tell people I am an academic, for example, they often make the assumption that my positions on political or social issues will all fall on the left, or progressive, end of the spectrum. Many people characterize professors as inevitably liberal and a process of mental autocomplete kicks in and fills in all kinds of other boxes automatically.

Mental autocomplete assumes that if we know one thing about a person’s political orientation, we can automatically attribute many other things to them. This is an example of what Sloman and Fernbach refer to as “the knowledge illusion,” which includes our tendency to simplify when “most things are complicated, even things that seem simple.”

Most people’s social and political beliefs are too complex to be captured by autocomplete and require nuanced understanding that moves beyond simplistic categories. As political theorist David Moscrop argues, “[d]emocracy calls each of us to do something that we have not specifically evolved to do: engage in complex and often abstract reasoning.”

The possibility of being misunderstood has always been there of course, but in today’s hyperpartisan, angry public square it seems much more dangerous.

Identifying or being identified with a particular position can result in widespread and caustic condemnation. It is not that some positions don’t deserve condemnation, but positions and the people that hold them, deserve careful consideration before being judged.

Our civic discourse seems less about wrestling with moving toward the common good, and more about defining boundaries between and among people. This is not consistent with a healthy democratic ethos that values diverse perspectives and recognizes the need for compromise.

Using autocomplete oversimplifies both individuals and the positions they take, and makes collaboration more difficult. I can turn off the autocomplete feature of my search engine and make sure that the correct information gets entered — as a society, we would do well to learn how to override our cognitive autocomplete.