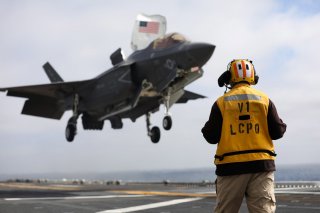 Here's What You Need To Know: If Chinese ships and aircraft can isolate the Senkakus, then it will be easy for Chinese troops to occupy them. And very difficult to Japan to recapture them: the special amphibious brigade created by Japan would be a sitting duck. But even a few F-35Bs operating from rough airstrips—and perhaps armed with hypersonic anti-ship missiles—could disrupt a Chinese amphibious landing.