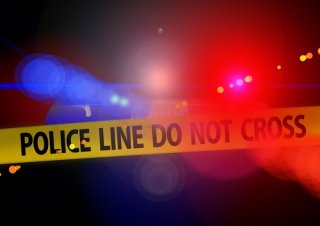 The police killing of George Floyd begs for effective remedies that respond both to past harms while also preventing future harm.

Former Minneapolis police officer Derek Chauvin was found guilty of three counts in the killing of Floyd after he kneeled on the Black man’s neck for more than nine minutes as he pleaded for his life in May 2020. But what will be done now to ensure no one else dies a similar death at the hands of police, especially given there have been several police killings following Floyd’s murder?

A woman holds up a George Floyd poster in Minneapolis after jurors found former police officer Derek Chauvin guilty on all counts of murder and manslaughter in the death of Floyd. ( (AP Photo/Jim Mone)

As legal theorist William Blackstone famously wrote, “every right when withheld must have a remedy.”

But American federal courts have never recognized Blackstone’s truism because of a legal doctrine known as qualified immunity, which protects police or government officials from lawsuits by requiring plaintiffs to establish not only that their rights have been violated, but that state officials did so with a high level of fault.

Given the egregious nature of Floyd’s killing, qualified immunity was not an issue in Floyd’s case. This helps explain why Minneapolis City Council agreed to pay the family US$27 million in damages.

But courts and legislatures are increasingly finding fault with qualified immunity.

The U.S. Supreme Court recently held that lower courts had erred when they dismissed damage claims by a Texas prisoner on qualified immunity grounds. It ruled that he can sue six prison officers who allegedly forced him to sleep naked in a cell covered with feces and sewage for days.

The court indicated that some violations are so egregious that they might merit damages even in the absence of clearly established law. Only Justice Clarence Thomas dissented.

The court also recently decided that damages can be sought for free speech violations even when the violation does not cause calculable harm. And in another recent case, the court ruled that a woman shot by the police when fleeing was subject to an unreasonable seizure.

The U.S. House of Representatives has also passed the George Floyd Justice in Policing Act. If enacted, it would repeal qualified immunity. That means damages could be awarded even if the police acted in good faith or violated rights that were not clearly established.

Damages are important. They serve as a visible and reportable symbol that the state has violated rights. But they are not enough. Effective remedies must also prevent future violations.

How? Consent decrees require some police departments to collect data about police practices that harm racialized people. Some require police to intervene when there are warning signs of officers abusing their powers.

The Minneapolis Police Department was not under such a consent decree. It should have been.

But more ambitious systemic remedies won’t necessarily prevent police killings and brutality. There’s no way of knowing whether a consent decree would have stopped Chauvin from killing Floyd.

In recent weeks there have been two fatal police shootings of unarmed Black young men in the United States, 20-year-old Daunte Wright in Minnesota and 13-year-old Adam Toledo in Chicago, where a consent decree is in place.

The ultimate remedy for a police department that cannot or will not respect rights would be to disband it. Failing that, the U.S. Supreme Court’s recent decisions are promising. They may allow courts to compensate the victims of the most egregious forms of police abuse.

But that alone will be inadequate.

The courts and, if not the courts, the people must demand governments take reasonable and measurable steps to prevent future rights violations. The damages paid to Floyd’s family are an important step in remedying a searing injustice. But much more needs to be done to prevent similar violations in the future.

There are no easy or guaranteed victories when it comes to legal remedies. But that doesn’t mean they aren’t important or should not be vigorously pursued.