Destroyer vs. Battlecruiser: Can the Stealth Zumwalt Sink Russia’s Battleship? 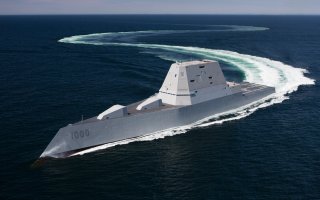 Here's What You Need to Know: This scenario could very well end in a tie.