Did the ‘Teletank' Rise and Fall Too Quickly? 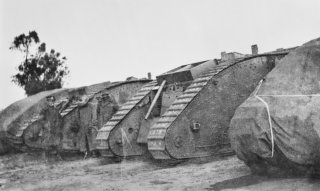