Did British and Russian (Nuclear) Submarines Really Collide in 1981? 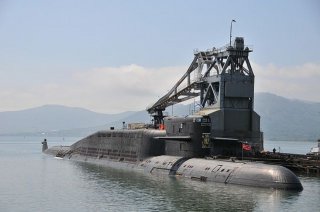