Did the First Child Tax Credit Work? Experts Say It Did. 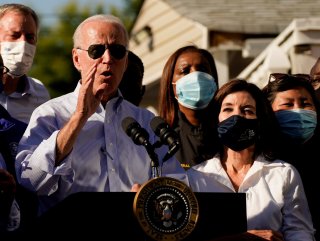 Here's What You Need to Remember: The payments coincided with a notable reduction in “economic hardship,” including hunger.

The first round of payments from the expanded child tax credit, which was signed into law as part of the American Rescue Plan Act in March, went out to eligible Americans on July 15, with the second payment arriving on August 13.

The payments coincided with a notable reduction in “economic hardship,” including hunger, according to the government report.

The census report, which was released last week, states that “a drop in the number of households with children that reported food insufficiency and trouble paying household expenses may be linked to the child tax credit checks issued last month.”

The report was the latest Household Pulse Survey (HPS). Before the first payment, about “11 percent of households with children reported that they sometimes or often did not have enough to eat in the past week,” according to Politico. After the first round of payments, that number had dropped to 8 percent.

There was not a similar change in families without children, indicating that the credit may be the reason.

“The survey shows introduction of the CTC coincided with a drop in food insufficiency in households with children. It also showed that in those households, there was a drop in difficulty paying weekly expenses,” according to the census report.

“It is great news that the estimated rate of hunger among those with children is at a pandemic low,” Diane Whitmore Schanzenbach, director of the Institute for Policy Research at Northwestern University, told Politico in a story about the release.

Some Democrats have proposed extending the expanded child tax credit further into the future, or possibly even making it permanent.