Did a Russian-Made Missile Damage an Israeli F-35 Over Syria? 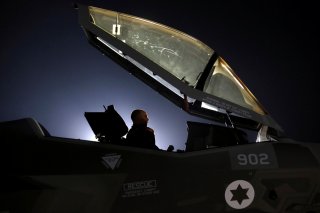 Here's What You Need to Remember: Already there are reports—again, just reports—that Israeli F-35s have flown combat missions. Given that the U.S. and Israeli air forces are among the most active in the world, sooner or later the F-35 will really, truly see combat. But the rumors are out there now.

A few years back, Pro-Russian media are claiming that an Israeli F-35I was hit and damaged by a Russian-made S-200 surface-to-air missile during an Israeli air strike in Syria earlier this month. Israel says one of its F-35s was damaged—after colliding with a bird.