Did Sunbathing Russian Sailors Almost Cause Their Warship to Crash? 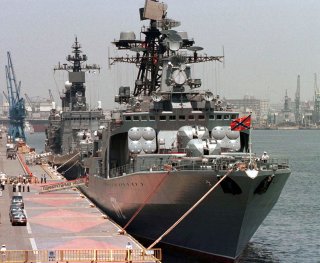 Key Point: Near-collisions sometimes happen. While both countries accuse the other for being at fault, it was a surprise to see Russian sailors not on duty when the accident almost happened.

After Russian and American warships nearly collided in the East China Sea on Friday, both countries were quick to accuse the other of "dangerous and unprofessional" behavior, according to a June 7 report by Reuters.