This Disaster Helped Make Submarine Safety a New Priority for the U.S. Navy 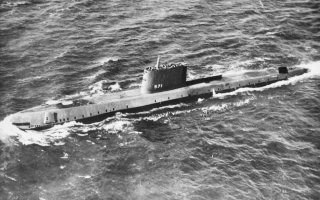 Here's What You Need to Know: This disaster pushed the U.S. Navy to try and prevent such a tragedy from happening again.