Distributed Sensing: Two Words that are the Future of Defense 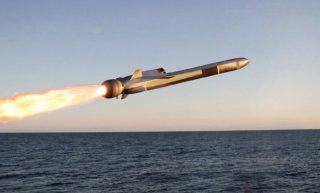 Here's what you need to know: Adding a set of smaller, less costly radars to existing networks in the Pacific, Europe and the homeland could create an effective distributed sensor architecture. This investment would be an important step along the path to creating a robust air and missile defense capability.

This article was first published in 2020 and is being reprinted due to reader interest.