Do More: Deflate China by Showing Up to Stay in the South China Sea 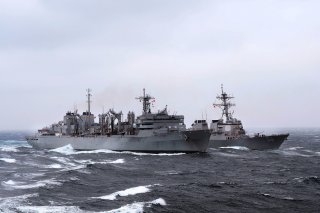 Here's What You Need to Remember: If the allies sustain their on-scene naval presence for a long time, then Beijing will find it increasingly tough to convince others its navy has chased off ships that never leave. Its parable of Chinese power and allied weakness will no longer pass the giggle test.