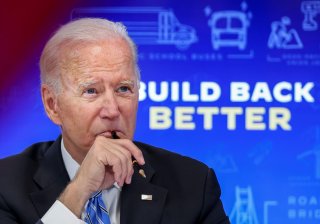 Here's What You Need to Remember: Moreover, several members of the influential House Ways and Means Committee stated in a letter to Biden that the “pandemic has served as a stark reminder that families and workers need certainty in a crisis. They deserve to know they can put food on the table and keep a roof over their heads.”

Throughout this ongoing coronavirus pandemic, Congress has approved the delivery of three stimulus payments to most Americans—a $1,200 check in April 2020, $600 in December, and the current $1,400 payments under President Joe Biden’s American Rescue Plan.

Despite these timely checks entering the bank accounts of tens of millions of financially struggling Americans, both Congress and the president are still being bombarded with questions regarding another round or two of stimulus checks.

There are more than five online petitions that are demanding recurring monthly stimulus checks of $2,000 until the health crisis ends—the most well-known being the Change.org petition that was launched by Denver-area restaurant owner Stephanie Bonin. And over this past weekend, it eclipsed 2.8 million signatures—putting it just two hundred thousand short of its target.

“My name is Stephanie, and I am one of millions of Americans who fear for my financial future because of this coronavirus crisis. . . . I’m calling on Congress to support families with a $2,000 payment for adults and a $1,000 payment for kids immediately, and continuing regular checks for the duration of the crisis," Bonin stated in the petition. “Otherwise, laid-off workers, furloughed workers, the self-employed, and workers dealing with reduced hours will struggle to pay their rent or put food on the table. Our country is still deeply struggling.”

“Our restaurant community is wrestling with seeing everything we all have worked so hard for irrevocably changed,” she continued. “Our hearts were breaking as we watched our staff divide the ingredients in our kitchen to bring to their homes: a dismal token for employees who worked tirelessly every day. Our talented and cherished team, some of whom have been with us since we opened our doors fifteen years ago, are now without an income. Like our team, my family has lost all of the income from our restaurant, and business owners and the self-employed can't claim unemployment. This is the story of America right now.”

Bonin’s petition has received so much support that the Change.org platform has recognized it as one of the top ten petitions that changed the year 2020.

However, whether or not this popular petition will have any actual impact on passing another round of stimulus remains to be seen. The Biden administration has yet to hint at any real plan for such an endeavor, but it appears that it is open to ideas.

During a press briefing earlier this summer with reporters, White House Press Secretary Jen Psaki noted that “(President Biden) is happy to hear from a range of ideas on what would be most effective and what’s most important to the economy moving forward.”

Moreover, several members of the influential House Ways and Means Committee stated in a letter to Biden that the “pandemic has served as a stark reminder that families and workers need certainty in a crisis. They deserve to know they can put food on the table and keep a roof over their heads.”