Does China Have an Answer to India’s Arihant Missile Submarine? 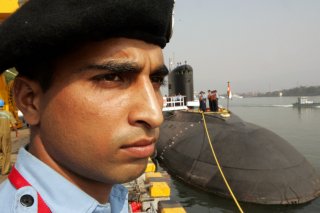 Here's What You Need to Remember: Thanks to nuclear propulsion, Arihant can do twelve to fifteen knots on the surface and twenty-four knots underwater. Maximum diving depth is unknown, and probably a closely held secret, but the Akula class is known to dive to six hundred meters. The submarine is manned by a crew of ninety-five to one hundred.

Kyle Mizokami is a defense and national-security writer based in San Francisco who has appeared in the Diplomat, Foreign Policy, War is Boring and the Daily Beast. In 2009 he cofounded the defense and security blog Japan Security Watch. You can follow him on Twitter: @KyleMizokami. This first appeared in January 2017.